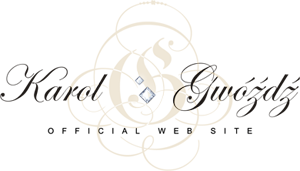 AN ARTIST FROM SILESIA, FAMOUS FOR HIS WIDE RANGE OF ARTISTIC ACTIVITIES. HE IS ONE OF THE MOST IMPORTANT SILESIAN MUSIC MAKERS, WRITERS AND POETS.

Karol Gwóźdź was born in Katowice but his life is strongly connected with Siemianowice Śląskie. He is a poet, a writer, DJ and electronic music producer (mainly ambient, electro and techno music).
Karol stepped into the world of music during his early childhood. In the course of time, he discovered breakdance and electric boogie and this is when his fascination with electronic music started. „DJ Nail”, as he named himself, started to play in music clubs around Poland at the age of 17. His music is a combination of various electro music styles but Karol is also not afraid of experimenting with other kinds of music. Taking all these things into account, Nail’s work is characteristic for its diversity and ambiguity.
Also, at the age of 14, Karol revealed his another talent – poetry. His debut was in 2005 in „Gazeta Wyborcza” newspaper with a poem called „Ona” (later writen as „Uůna”). Shortly after that, other media outlets, such as TV and radio (Telewizja Polska and Radio Piekary), started to promote his poetry, emphasising Karol’s original and melancholic style. In the same year, Karol held the post of laureate in „Norbert Bonczyk Silesian Poetry Competition”. His first book of poems – „Myśli Ukryte” (Hidden Thoughts) was published in 2010 by the Hologram publishing house. Karol’s poems are reflectional and nostalgic, written in Silesian language and using the alphabet created by dr. Felix Steuer. Public opinion strongly appreciates fresh attitude towards Silesian poems presented by Karol.
In 2012 the Irish music label Psychonavigation Records published his ambient music album called „Tamte Czasy” (Those Times). Music critics from around the world gave it positive reviews. In 2013 Karol’s track „Gůrnoślůnskje Tragedyje” (Upper Silesian Tragedies) was used in an Irish movie „Beat Girl”, which was later nominated to the Emmy Award.
Click here to learn how to pronounce surname correctly.


You can find everything what you need to your press work below. Extensive set of materials, high res images and complete biography. If you need more details ask freely.